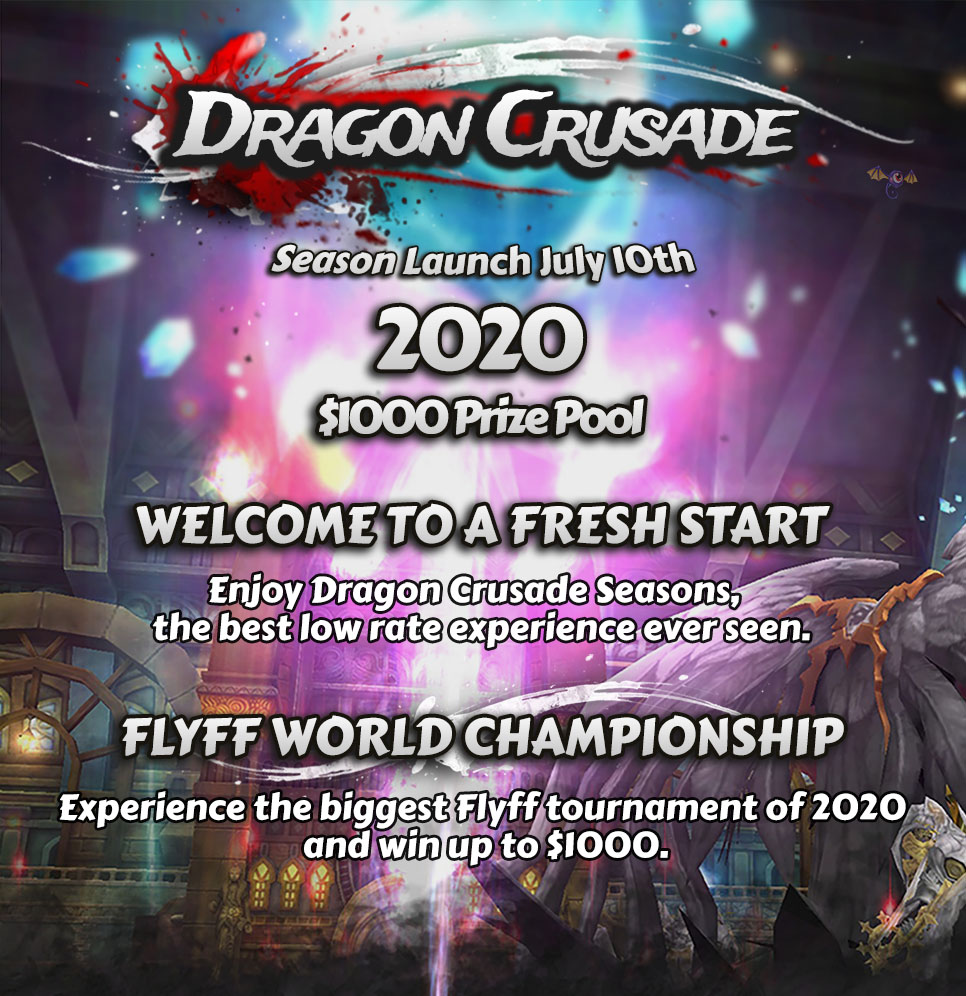 We are excited to announce that we will be hosting the Flyff World Championship this year. We will be using the Season concept for this purpose. On the 10th of July we will open the Season Server at 6 PM GMT+2.

We wish you a lot of fun playing the Season and look forward to seeing you in the FWC Tournament.