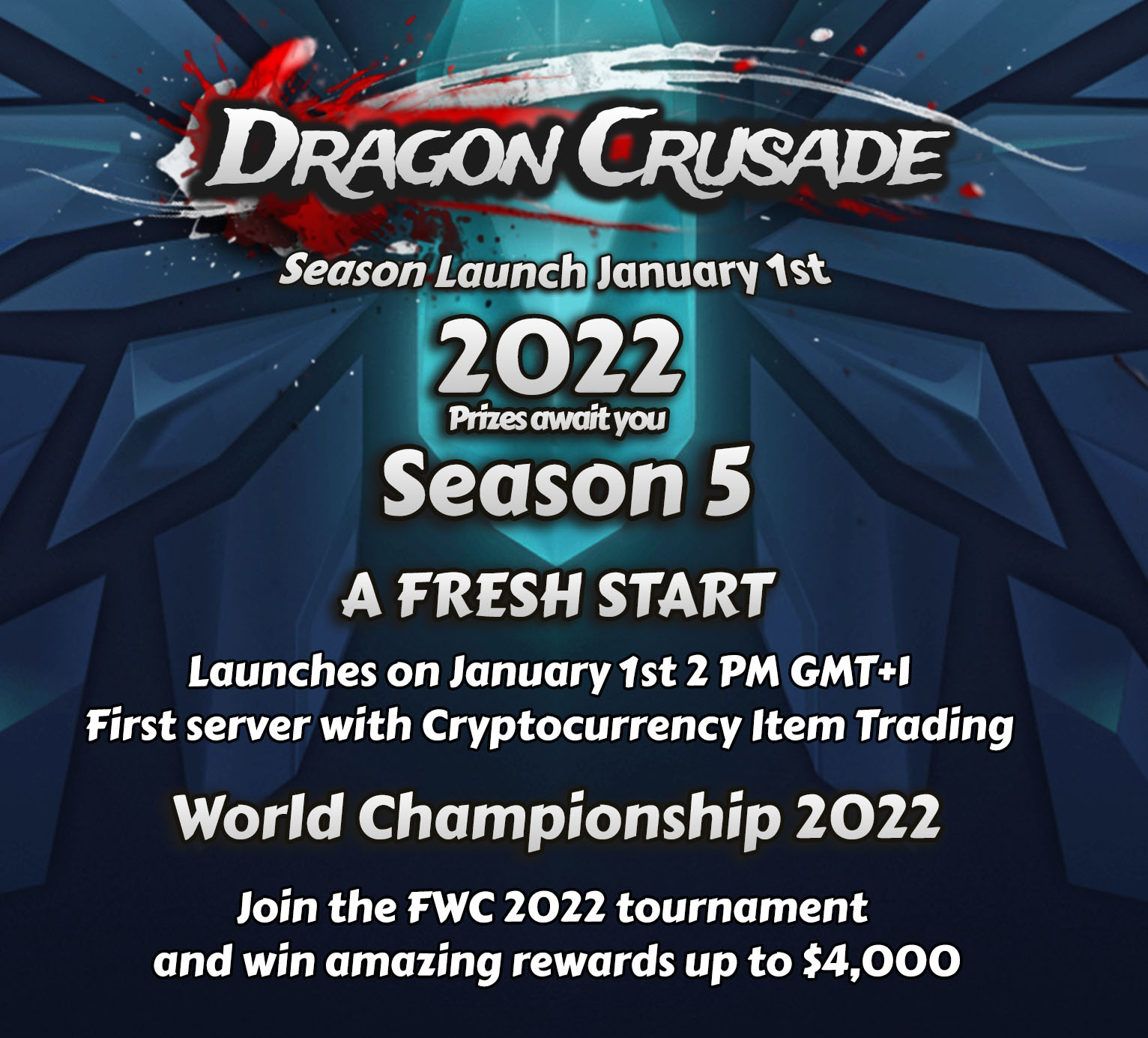 The Season 5 Server will go online on January 1st 2 PM GMT+1. The biggest flyff tournament and a lot of custom content awaits you.

The season is expected to run for a fixed period of time as you can see in our release timeline down below. No characters or items will be lost after the season, instead all will be transferred to the main server.

Every two years Dragon Crusade offers you the biggest Flyff tournament with a prize money of $4000 in Dragon Coins.

The tournament is spread over 6 matches during the season. The guild gets tournament points depending on the number of points achieved in Guild Siege.

New Dragon Rank dungeons and level areas await you. Level up to Dragon Rank 90 and obtain one of the two forbidden Ultimate Dragon Cloaks.

With this season we want to go back to the good old days. As requested by many, the leveling speed will be slowed down and the drop rates will be adjusted to the multidrop system.

With this new system, you'll find a group in no time. If you manage to fill up the group you will get a higher drop chance.

Jester gets an AOE skill in season 5 with which you can hit and run leveling or clear dungeons.

With the new Season Pass we have made a new selection of items based on community feedback. Game-affecting items have been removed and new fashion items have been added.

To make the dungeon difficulty system more attractive, there will be an even higher drop chance for the hard and hell difficulty levels.

The biggest expansion yet with over 600+ new fashion sets and weapon skins will be in the game starting this season. Big thanks to RiasGremory!

As the Season progresses, our newest system will become active. By means of Crypto Item Trading there will be a legal way to sell your items for real money.

We want to replace the existing black market and enable a market without fraud. To use the system you have to buy the cryptocurrency IOTA on a crypto exchange and transfer it to your ingame wallet. 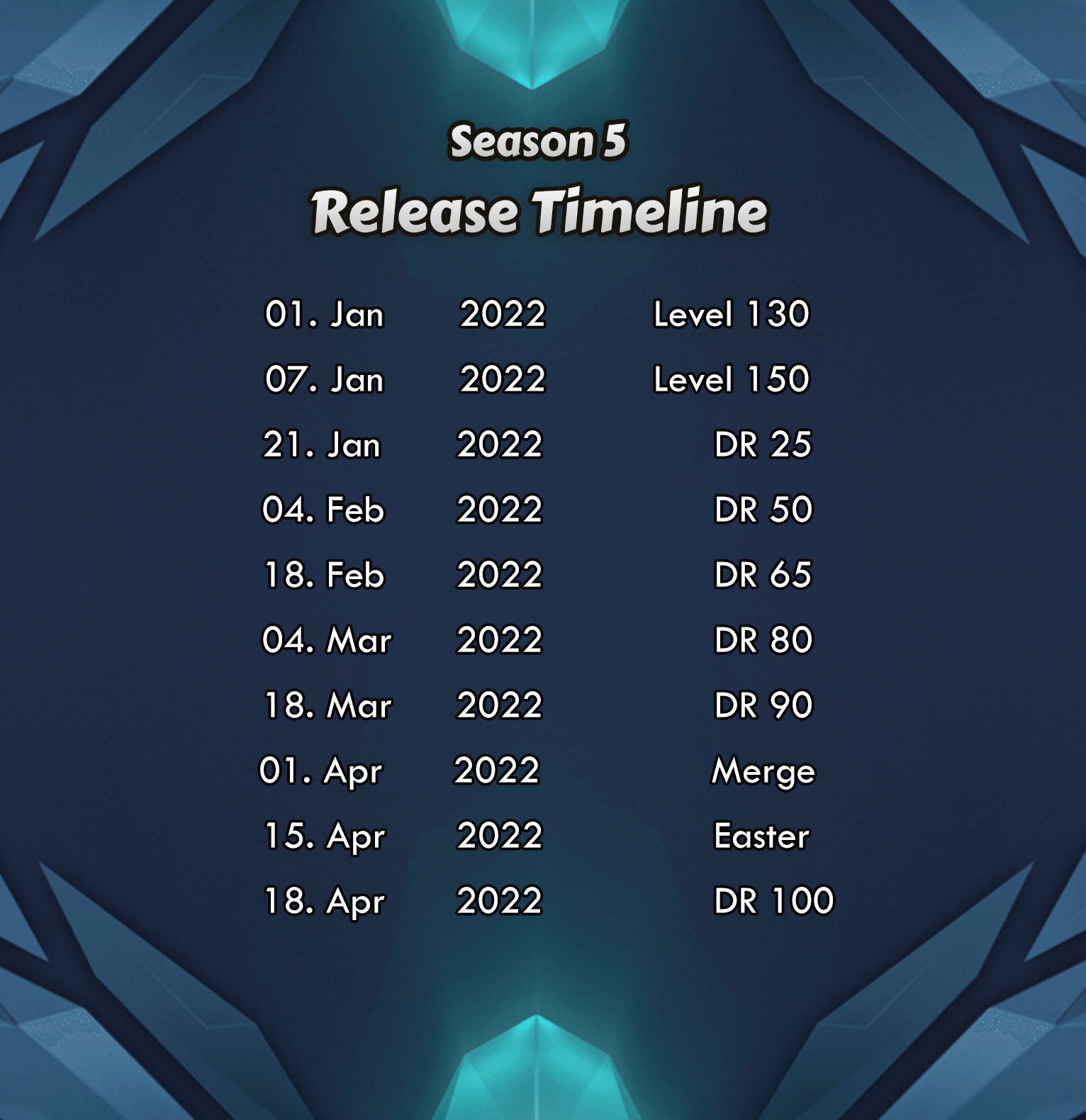 Points for the FWC 2022 tournament are awarded on fixed dates. To get points you have to participate in Guild Siege on that day and score points. 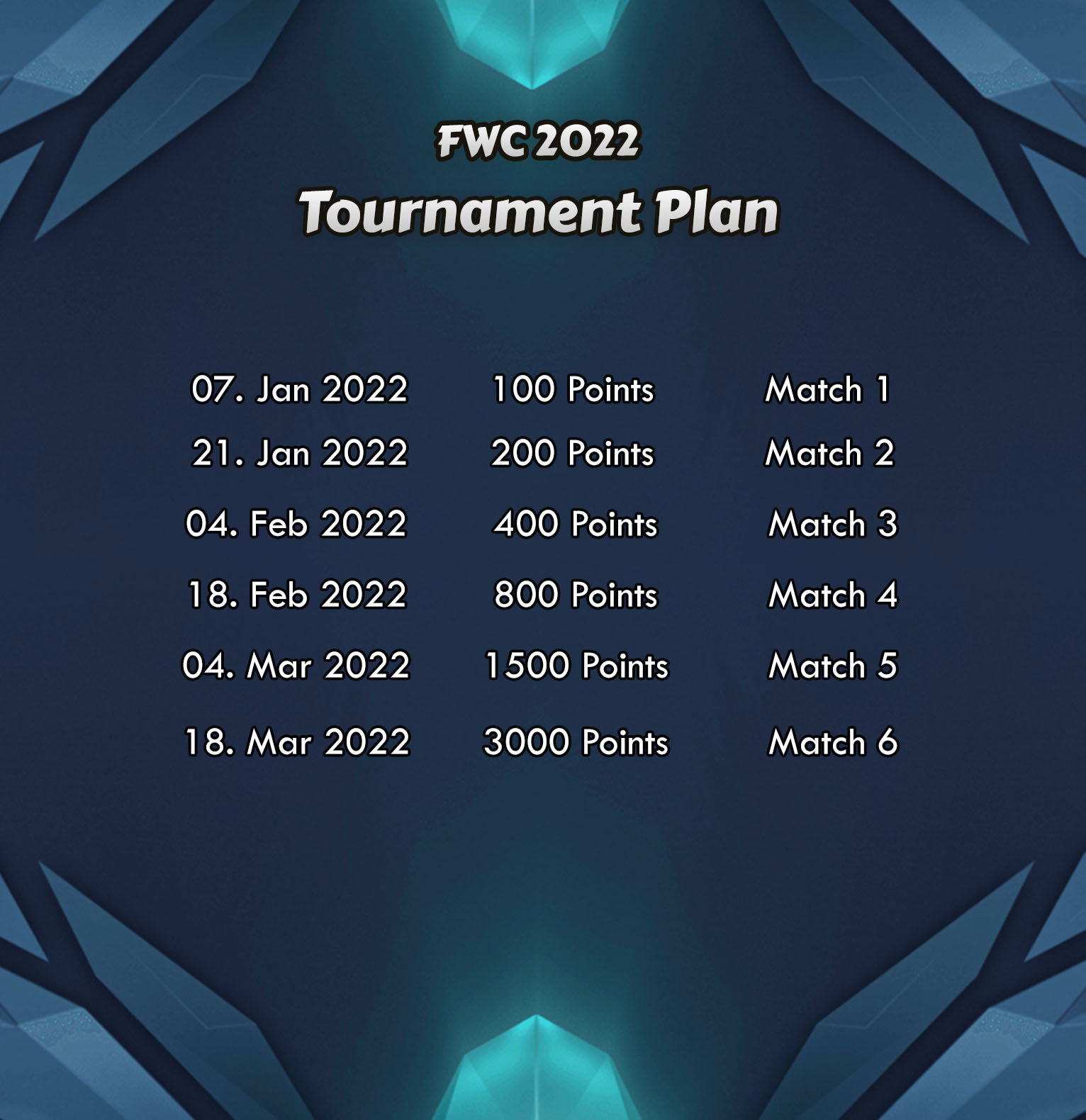